The Puritan pastor and theologian John Owen hated sin, and wrote lengthly and powerful works describing sin and temptation and how to battle sin and temptation. The Mortification of Sin is one of those works, and perhaps his most well-known title.

This book has helped believers fight and conquer sin for centuries, and it is my prayer that God would use these quotes to help you do the same in your life by the power of His Spirit.

Here are some John Owen quotes from The Mortification of Sin:

“The choicest believers, who are assuredly freed from the condemning power of sin, ought yet to make it their business all their days to mortify the indwelling power of sin.”

“The mortification of indwelling sin remaining in our mortal bodies, that it may not have life and power to bring forth the works or deeds of the flesh is the constant duty of believers.”

“Do you mortify; do you make it your daily work; be always at it whilst you live; cease not a day from this work; be killing sin or it will be killing you.”

“Hatred of sin as sin, not only as galling or disquieting, a sense of the love of Christ in the cross, lie at the bottom of all true spiritual mortification.”

“The vigour, and power, and comfort of our spiritual life depends on the mortification of the deeds of the flesh.”

“Be killing sin or it will be killing you.” —John Owen

“Mortification is the soul’s vigorous opposition to self, wherein sincerity is most evident.”

“All other ways of mortification are vain, all helps leave us helpless; it must be done by the Spirit.”

“Not to be daily mortifying sin, is to sin against the goodness, kindness, wisdom, grace, and love of God, who hath furnished us with a principle of doing it.”

“Indwelling sin always abides whilst we are in this world; therefore it is always to be mortified.”

“Mortification from a self-strength, carried on by ways of self-invention, unto the end of a self-righteousness, is the soul and substance of all false religion in the world.”

“There is not a day but sin foils or is foiled, prevails or is prevailed on; and it will be so whilst we live in this world.”

“Now nothing can prevent this but mortification; that withers the root and strikes at the head of sin every hour, so that whatever it aims at it is crossed in.”

“Sin will be always acting, if we be not always mortifying, we are lost creatures…”

“By faith ponder on this, that though thou art no way able in or by thyself to get the conquest over thy distemper, though thou art even weary of contending, and art utterly ready to faint, yet that there is enough in Jesus Christ to yield thee relief…”

“When sin lets us alone we may let sin alone; but as sin is never less quiet than when it seems to be most quiet, and its waters are for the most part deep when they are still, so ought our contrivances against it to be vigorous at all times and in all conditions, even where there is least suspicion.”

“He that stands still and suffers his enemies to double blows upon him without resistance, will undoubtedly be conquered in the issue.”

“Let not that man think he makes any progress in holiness who walks not over the bellies of his lusts. He who doth not kill sin in this way takes no steps toward his journey’s end.”

“Spiritual wisdom consists in finding out the subtleties, policies, and depths of any indwelling sin… to trace this serpent in all its turnings and windings; be able to say, at its most secret actings, ‘This is your old way and course; I know what you aim at.’”

“Let, then, the word be preached, and the sins of men will be rebuked, lust will be restrained, and some oppositions will be made against sin, though that be not the effect aimed at.”

“Longing, breathing, and panting after deliverance is a grace in itself, that has a mighty power to conform the soul into the likeness of the thing longed after…unless you long for deliverance you shall not have it.”

“So great an advantage is given to sin and Satan by your temper and disposition, that without extraordinary watchfulness, care, and diligence, they will prevail against your soul.”

“When the heart is once won to rest in God, to repose himself on him, he will assuredly satisfy it. He will never be as water that fails; nor hath he said at any time to the seed of Jacob, “Seek ye my face in vain.” If Christ be chosen for the foundation of our supply, he will not fail us.”

“It being our duty to mortify… we must be at work. He that is appointed to kill an enemy, if he leave striking before the other ceases living, does but half his work.”

“He who finds not opposition from [sin]… is at peace with it, not dying to it.”

“The good Lord send out a spirit of mortification to cure our distempers, or we are in a sad condition!”

“He works in us and with us, not against us or without us; so that his assistance is an encouragement to the facilitating of the work, and no occasion of neglect as to the work itself.”

“A man may easier see without eyes, speak without a tongue, than truly mortify one sin without the Spirit.”

“To kill sin is the work of living men; where men are dead (as all unbelievers, the best of them, are dead), sin is alive, and will live.”

“It is evident that you contend against sin merely because of how it troubles you.”

“He, then, that would mortify any disquieting lust: let him take care to be equally diligent in all parts of obedience, and know that every lust, every omission of duty, is burdensome to God, though only one be burdensome to him.” 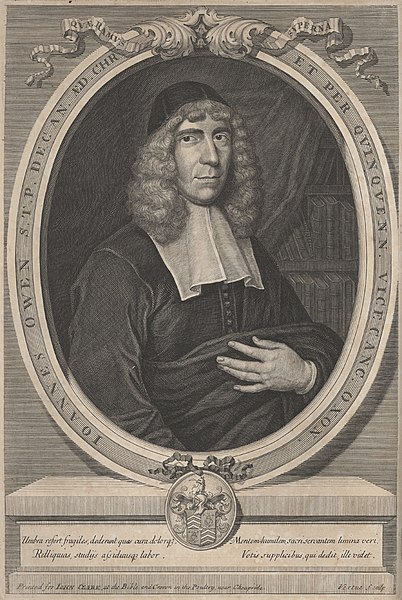 “Longing, breathing, and panting after deliverance is a grace in itself, that has a mighty power to conform the soul into the likeness of the thing longed after…unless you long for deliverance you shall not have it.”

“Christ by his death destroying the works of the devil, procuring the Spirit for us, hath so killed sin, as to its reign in believers, that it shall not obtain its end and dominion.”

I serve with Open the Bible. I wrote When Prayer Is a Struggle: A Practical Guide for Overcoming Obstacles in Prayer (P&R). Learn more about the book.

Videos: When Prayer Is a Struggle