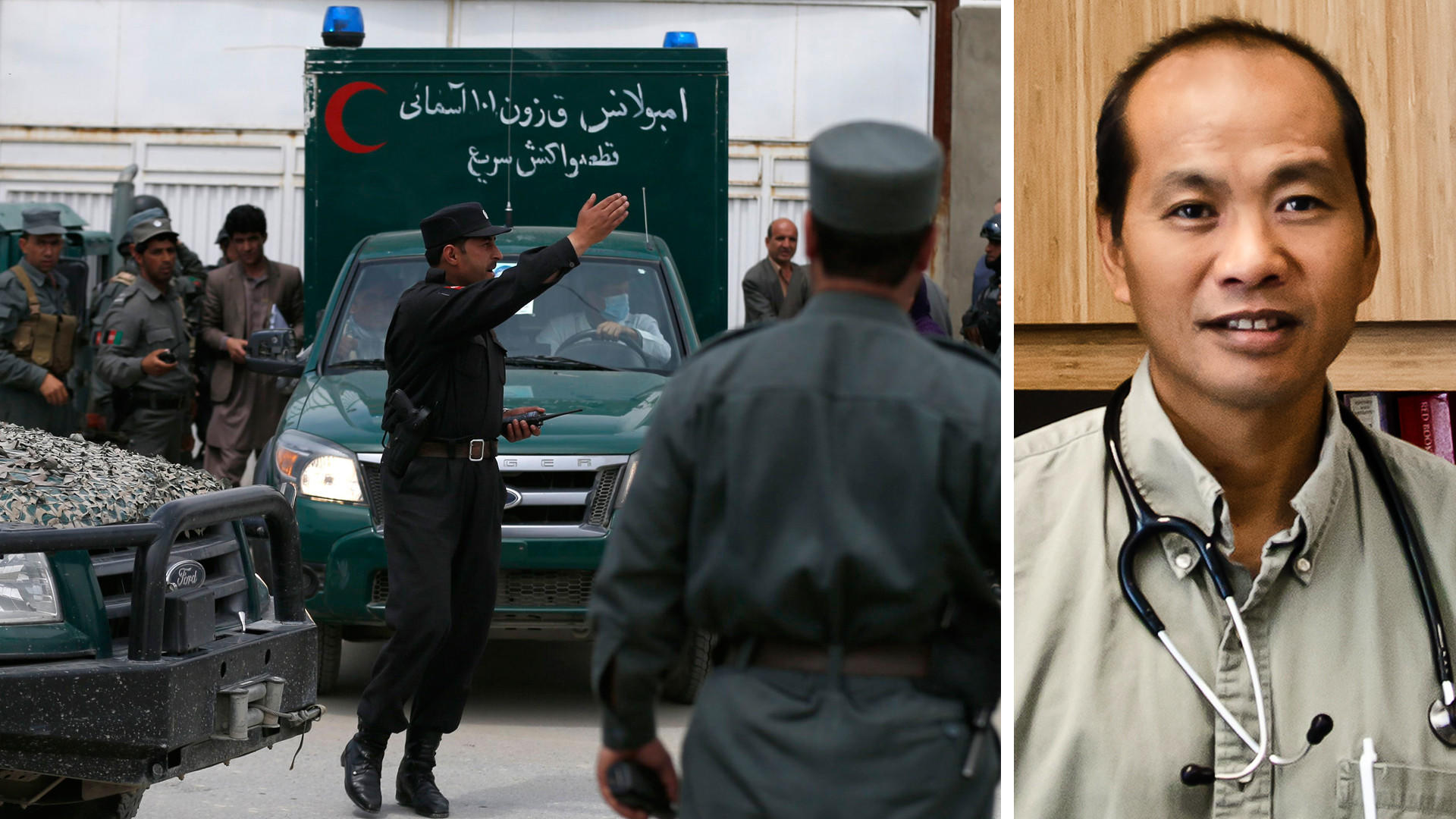 It’s not everyday that a major news story hits close to home. The following story involves a nearby Christian community where someone close to me serves.

Yesterday, an American Doctor named Jerry Umanos was shot and killed in Afghanistan by a hospital security guard.

Dr. Umanos was a committed Christian who served at Lawndale Christian Health Center, a hospital on Chicago’s west side that holistically and sacrificially serves many uninsured Chicagoans.

Will you pray with me that:

Here is the background of the tragic events from the Chicago Tribune:

Jerry Umanos, the Chicago pediatrician gunned down in Afghanistan, would have wanted people to respond to his death by opening their hearts to those who live in the war-torn nation, his wife said in a tearful statement.

“Our family and friends have suffered a great loss and our hearts are aching,” Jan Schuitema told reporters in front of the couple’s Kenwood home this afternoon. “While our hearts are aching for our loss, we’re also aching for the loss of the other families as well as the loss, the multiple losses, that the Afghan people have experienced.

Umanos was among three Americans killed when a police officer working as a security guard opened fire at a Kabul hospital funded by a U.S. Christian charity. He was gunned down along with a father and son visiting the Cure Hospital, which specializes in children’s and maternal health, according to Afghan officials.

“As they were walking out of the hospital, the security guard opened fire on them, killing three and wounding another one,” an Interior Ministry official said.

A friend and colleague said Umanos had become more worried about his safety. He had been shot at while jogging, and a dentist who lived in a neighboring compound had been killed in January.

Umanos had worked as a pediatrician at Lawndale Christian Health Center on the West Side for more than 16 years when he and his wife moved to Afghanistan. Umanos worked at a community health center and at a children’s hospital in Kabul, helping train Afghan doctors.

“Jerry always wanted to serve under-served populations,” his wife said. “Afghanistan was just one of them. He always had a desire to be the hands and feet of Christ. He had a love and commitment that he expressed for the Afghan people because of that love for Christ.

Umanos was one of the first doctors hired at the Lawndale clinic, and it took little convincing to recruit him despite the fact that his salary would be the same as when he was a medical resident, according to Jones, one of Lawndale Christian Health Center’s founders.

“He was just the fourth doctor we had, and he was with us ever since,” Jones said. “He was committed to his faith and to helping the poor.”

I serve with Unlocking the Bible. I blog for the glory of God, to nourish the church, and to clarify my mind. Read More…